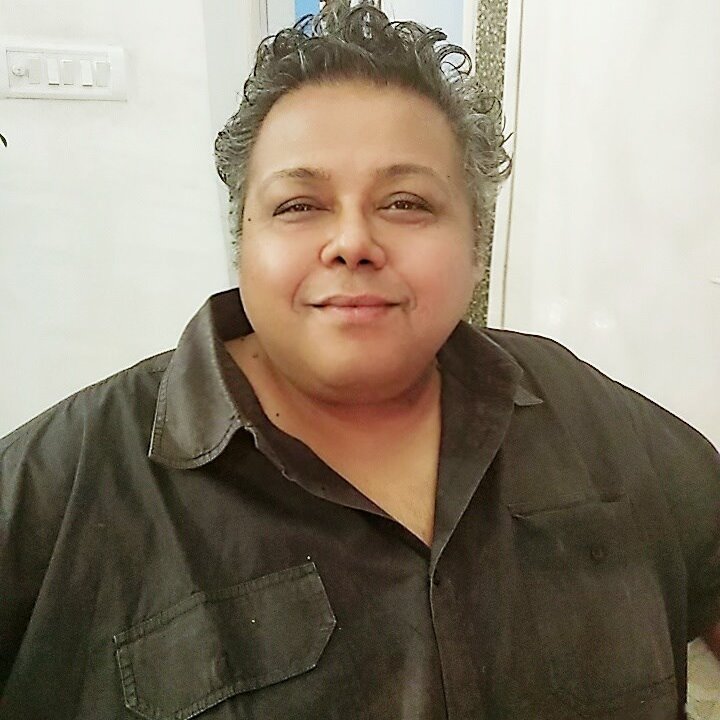 Nilladri Dutt is a practising architect with a passion for art. Born in a family of designers and vocal artists, he has been sketching since childhood. In his professional career, he has been sought for his sketching skills particularly that require visually expressing a complex design concept rendering and detailing building interiors. Nilladri used the opportunity provided by the isolation of the Covid -19 lockdown to give rein to his inner creativity and further explore his latent talent.
Nilladri completed his undergraduate studies in Architecture from Gujarat, India and pursued Masters from the University of New South Wales, Sydney, Australia. He worked for various architecture firms in Australia in India, where he drew architectural perspectives for different projects. In India, he was associated with Hyatt hotels as a senior consultant where he collaborated with renowned international design firms like the Japanese Interior Design firm, Super Potato. He was also employed by DLF Emporio Restaurants and Studio HBA. Since 2015, he has worked on developing avenues in renewable energy. He lives in Gurgaon, India.

NILLADRI’S ARTWORK
Nilladri’ s artwork is evocative and poignant. It illustrates strong emotive expression. He has a unique haunting style. His choice of colour and strokes accentuate the bold expression and inspire varied and intriguing interpretations.. His works are characterized by a well thought out just a position of figurative elements and expressionistic brushstrokes

The sketches in his debut album have been inspired by the suffering of migrants. His prolific sketches explore the human emotions through facial expressions. The bold strokes resonate the strong feelings of the characters and their spirit and power of endurance. The facial expression mirrors the emotional state of an individual to observers. The artwork represents the haunted yet graceful, beautiful yet surreal observation of his repeated enquiry.

After the pandemic, his focus shifted to the town spaces he visited & his impressions of it. He created a series on them It was also an extension of his talent in sketching as an architect..His first solo exhibition titled ‘Urban brush” showcased his new series which focused on impressions of spaces that came to him inherently due to his training as an architect. He has also exhibited in other group exhibitions. Nilladri enjoys working with acrylic on canvas as well as pen, charcoal and pastels on paper.